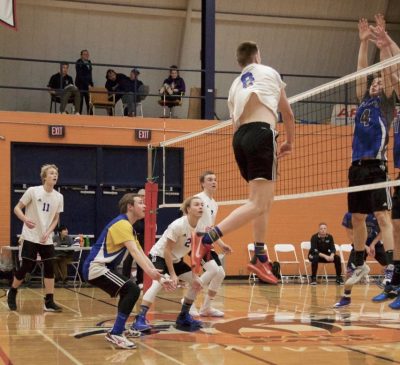 In quarter final action, VCS met the Bulkley Valley Christian Royals. Bulkley took the first set 25-12 but Vernon Christian stormed back to take the next three sets 25-21, 25-17, and 25-19. Player of the match Noah Podolski had 11 kills in 16 attempts with 5 service aces. Outside hitter Ben Molitwenik had 11 kills in 14 attempts and middle Jacob Defeo had 7 kills in 13 swings. 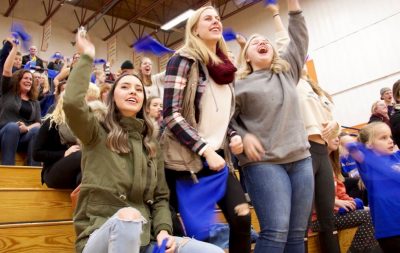 The semi-finals was a re-match against the Seahawks in which the Royals swept them 26-24, 25-18, and 25-23. Libero player Shaun Huizinga was outstanding on defence with solid passing from the back court. Middle block Liam Remple set the tone early by shutting down the Seahawks net play with 4 solo blocks in the first set. 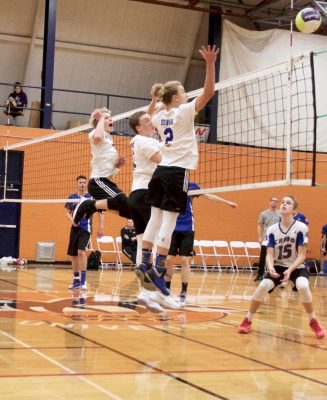 Right side Devin Hofsink had 10 kills in 15 chances. Molitwenik sealed the victory with 2 shots down the line in the final set. Setter Tanner Witt had a solid match with 26 assists and chipped in with a service ace. 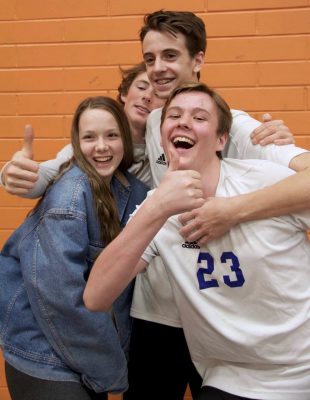 The gold medal match was again against a familiar opponent as the Royals took on the Credo Kodiaks. Credo came strong out of the gate led by their serving which kept the Royals attack out of rhythm taking the first set 25-15. VCS rebounded in the second, led by strong serving from Kaden Koshman 25-18. 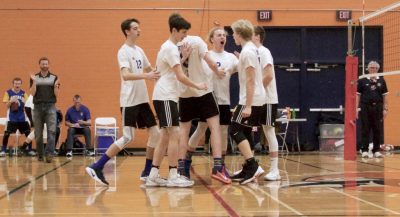 The third and fourth sets were a real seesaw battle as the Kodiaks prevailed 26-24, 26-24.  Molitwenik had 11 kills while Podolski ended with 12 kills and Remple  finished with a line of 7 in 11 chances. Hofsink led the team with 3 blocks to go along with his 9 kills in 16 swings. Huizinga was once again solid in passing and digging on defence. The Kodiaks won the last 2 points as both block attempts by the Royals landed just out of bounds 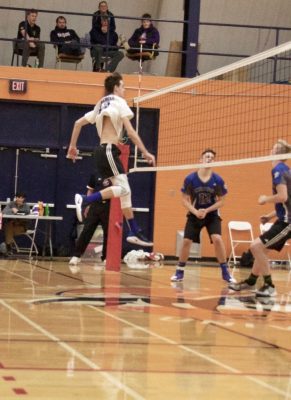 Podolski was selected as a second team all-star, while both Molitwenik and Hofsink made it on the first team selection. 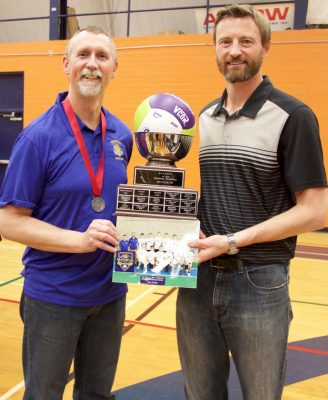 Good day, staff and students at Vernon Christian.
I have watched a lot of volleyball over the years, as a coach, parent, and league coordinator.  I have thus witnessed a lot of sportsmanship in over two decades of play.

I must say, however, that your team’s actions throughout the tourney, and especially at the conclusion, when your team joined ours in celebration was rare and extraordinary!  That, in addition to seeing our teams pray together?  Special and heartwarming!

Please pass on our (The Credo community) thanks and deep appreciation for your team’s beautiful display of Christian character and maturity.  I imagine the coaches have a lot to do with this, so please pass this on to them as well.

I will instruct future Credo teams to follow your terrific example.
Blessings to you all as we help lead our youth in God’s ways, for the benefit of all society!